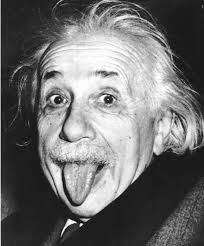 Years ago in Cairo there was a joke: “What’s the definition of an expert?” to which the answer was “Anyone within a mile of Talaat Harb Square carrying a Samsonite.” One of the emerging themes of modern British political life seems to be a similar disdain for expertise. Michael Gove famously declared in the course of the referendum campaign that “People in this country have had enough of experts,” an unexpected remark on the lips of a Secretary of State. Amplifying his views, in the course of an attack on anti-Brexit economists (88 percent of 600 economists polled by Ipsos MORI thought that Brexit would damage economic growth) he added “Albert Einstein during the 1930s was denounced by the German authorities for being wrong and his theories were denounced and one of the reasons, of course, he was denounced was because he was Jewish. They got 100 German scientists in the pay of the government to say that he was wrong and Einstein said, ‘Look, if I was wrong, one would have been enough.’”

If Mr Gove’s stock has fallen somewhat in the last fortnight, his hubristic scorn for expertise may well be a contributory factor. This scorn is of course a demotic affectation – but it is also a sign of something very disturbing in public life, a reluctance to countenance rational disagreement. Prof Brian Cox, with gentle understatment and no visible Samsonite, said in reflecting on expertise, “You are not necessarily right – but you are more likely to be right than someone who has not spent their life studying it.” We should all be seriously worried by the insouciant dismissal of anyone whose better-informed opinion doesn’t accord with the course of action on which a politician has already decided.

This week brought a chilling exploration of Govisme avant la lettre, in the Chilcot Report. There are many criticisms levelled by Chilcot against the then Labour government’s descent to war, but one of the more devastating is the almost complete failure to foresee developments in Iraq in the aftermath of an invasion; and the consequent failure to plan effectively – or at all – for eventualities that experts foresaw quite clearly. “Between early 2002 and March 2003 Blair was told that, post-invasion, Iraq could degenerate into civil war,” says the Guardian, summarising Chilcot. “In September 2002, Colin Powell predicted a terrible bloodletting of revenge, after Saddam.” Or Gilbert Achar: “You didn’t need a crystal ball. It was very predictable and what happened was exactly what was predicted.” Yet, to borrow the words of a famous 1897 letter from W S Gilbert to The Times about the London and North-western Railway: “In the face of Saturday the officials of the company stand helpless and appalled. This day, which recurs at stated and well-ascertained intervals, is treated as a phenomenon entirely outside the ordinary operations of nature, and, as a consequence, no attempt whatever is made to grapple with its inherent difficulties.” The invasion of Iraq seems to have been an acute case of Saturday morning.

There is a story told by Andrew Rawnsley about a briefing on Iraq early in 2002. Michael Williams explained the dangers posed by the ethnic and sectarian complexities of the country, and the intractable internal conﬂicts that would almost certainly be unleashed by war. “That is all history Mike,” Rawnsley reports the Prime Minister as saying dismissively, “this is all about the future.” Outside, in other words, the ordinary operations of nature.

It’s hard to know where to begin with this extraordinary statement. It is difficult to imagine Gladstone or Churchill, Pitt, Salisbury or Lloyd George dismissing the past with an airy wave of the hand; or even implying that an uninformed, bright-eyed, stern-jawed determination could somehow wrench history from its tracks and effortlessly set it off in a new direction. It wouldn’t pass muster in an A-level essay – indeed it’s a little hard to imagine how it could be expressed in an A-level essay without inviting ridicule.  It is what T S Eliot called the ‘provincialism of time,’ where “the world is the property solely of the living, a property in which the dead hold no shares.”

One irony of this strange, self-imposed blindness is that for a time at least the British were thought to be wise about Iraq. In the early days of the war, US officers often carried photocopies of Sir Charles Gwynn’s 1936 book, Imperial Policing, with a section on Iraq, which was imagined as containing treasures of distilled wisdom born of experience and history. Wisdom turned out to be in short supply  in a war governed by a dim presentism that largely denied the past and made quite inappropriate assumptions about the future. You can find photocopies of Gwynn on the web quite cheaply today.

A Baghdadi woman was quoted in the press this week as saying with poignant accuracy of the Allies who invaded her country, “All they needed to do was understand the society first.”