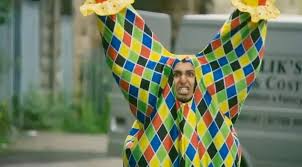 A few years back, as part of a film package that was sent out from London to show in Rabat, we received Chris Morris’s funny, cynical Four Lions, and it went off for approval by the censors. Back came all the films, cheerfully approved, and it was only when my ambassador telephoned me a little anxiously to ask whether I was quite sure it was a good idea to show to a Moroccan audience a comedy based on Islamic terrorism, that I actually previewed it myself. Funny as it is (a merciless satire on jihadism) it would have played to mixed reactions at the Septième Art, and I withdrew it. I learned not to rely on the judgement of censors. It seemed that the censor hadn’t watched it either, and had been beguiled by the title and the large crow on the cover (the timer and dynamite strapped to its chest notwithstanding), into imagining Four Lions an Attenboroughesque nature film, and waved it through. I withdrew it, and the waters closed over an amusing and instructive incident.

I found myself thinking of it again this week, as I read the press coverage – sober and unexcited – in L’Economiste of a more recent but no less clumsy piece of censorship, though this time the ministerial razor was wielded positively, and with Sweeney-Todd-like enthusiasm. An issue of Science et Avenir (Science and the Future) devoted to God and the Sciences was banned from sale by the Minister of Communication. Not – perish the thought – because it was about God and science (“I find the text very interesting”), but because, went on the Minister, citing the Press Law and a UN decision on religious defamation, it contained reproductions of two Ottoman miniatures that the Minister felt to be disrespectful to the Prophet. What exactly did they depict? L’Economiste describes them thus: l’une des représentations  … illustre une sorte de chronologie sur trois millénaires. L’autre est consacrée au Coran, sa répartition en chapitres, datations de manuscrits anciens … Une œuvre réalisée par le calligraphe Lutfi Abdullah, suite à une commande du sultan ottoman Mourad III. Two miniatures, in other words, made for Sultan Murad III (1546-1595) which illustrate Islamic chronology and the internal organisation of the Qu’ran. They sound more like fine-art flow-charts than subversive documents – and in what sense they could be seen as defamatory is hard to make out. But as the minister sagely observed, “allowing the distribution of this issue of the magazine in Morocco would have been a legal and administrative recognition of images of the Prophet.” This seems to mean that although such images may exist in the sense that they are printed, published, marketed, distributed and put on the web, if we maintain “legally and administratively” that they don’t exist, then they don’t really exist. One can’t help recalling Wendy’s views on fairies, and the dying Tinkerbell.

As the newspaper comments drily, “this sort of decision is already creating a very negative buzz internationally and gives a poor impression of freedom of expression in Morocco.” It seems unlikely that the Moroccan authorities are actually alarmed at the possible impact of reproductions, in a French magazine, of sixteenth-century fine-art thumbnail portraits of the Prophet commissioned by the then Caliph. More likely is that an Islamist government is keen to avoid – as demonstratively as possible – being seen in any way to condone the representation of the Prophet, and keen to seize the opportunity for a flamboyant exhibition of this very contemporary orthodoxy – particularly at a time when overtures are being made by the government to salafists.