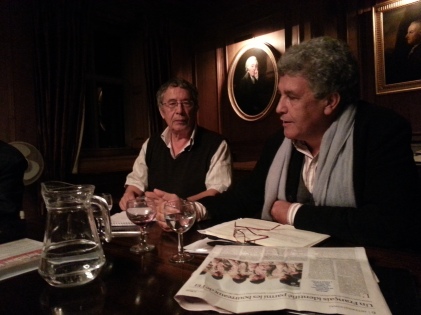 A few weeks ago a Dutch mother from Maastrich stormed magnificently off to Raqqa in Syria to fetch home her daughter ‘Aicha,’ a ‘blue-eyed, blonde-haired’ convert to Islam who had run away to marry a Dutch Muslim jihadist by the name of Omar Yilmaz. Aicha, first married to, and then discarded by, the faithless Omar arrived home chastened, in the custody of her formidable-looking mother, and was immediately arrested. Her mother, seeking an explanation, said quizzically, “She saw him as some sort of Robin Hood.”

Aicha went through my mind last week, while visiting English universities with Prof Mohamed Tozy, one of Morocco’s leading social scientists and an internationally renowned sociologist of Islam. Speaking at Oxford, Cambridge, Durham and Edinburgh he addressed a number of questions, of which the one I found most insistently intriguing was The Romantic Aspect of Jihad.

He proposed that among the other themes running through the jihad (which he explores in illuminating detail), and its attraction for a remarkable number of young people, is its romantic appeal – its combination of adventure and a glorious cause in the service of greater ends; of mountains, blood and glowing youth. Of the 2003 Casablanca bombers, he said “They immersed themselves in video films shot in Chechnya, which glorified indestructible heroes just as Hollywood does. Little by little figures like Dassiev and Zarkaoui replaced Rambo in the imaginative world of these young people. The images of these ragged adventurers, bazookas on their backs, stopping tanks – monsters of steel and fire – with disconcerting ease, seemed miraculous.”

Starting from the photograph that plastered the press last week of the young, bearded executioners of Abderrahmane Peter Kassig, Tozy spoke of the extraordinary trajectories that brought together two Muslim converts, one a Frenchman from Normandy called Maxim Hauchard, the other Peter Kassig from Indiana: “Le victime et le bourreau ont fait le même parcours” – the victim and the executioner had made the same journey. What makes Hauchard and other would-be jihadists, and others like Aicha from Maastricht to whom Tozy referred as performing the “jihad de sexe,” drop everything and head for Syria? How does it relate to the urge that propels others to deliver aid to either side, or those – like a Kurdish girl from Britain reported in the press this week – who slip away to join the YPJ defending Kobane?

Many of these young men and women who join the jihad have little or no Salafist or extremist background, though some of course acquire it. Many are converts. Many know little of their own religion, new or old. One group of travelling Brits felt it necessary to order Islam for Dummies from Amazon on the eve of their departure, and this level of ignorance seems far from unique. The imperatives appear often not to be primarily religious or theological (though there are clearly cases where this is so); nor are they even very political. It seems plausible that in a strange sense, for many of the younger recruits to the bloody business of jihad, the appeal is a hormonally ramped-up version of running away to join the circus, or the gypsies. Or perhaps better, a sort of super-hero appeal through which, like Batman, ordinary kids can at a stroke get their hands on fancy kit and a clear, sanctioned mission to combat evil – and leave behind their humdrum lives in Clichy-sous-Bois or Cardiff. Looking at the picture in Le Monde or the Guardian of the combat-dressed jihadists standing casually in a row, smiling, it is clear too that, as Tozy points out,  they are in some sense attractive – handsome young ephebes (albeit with rather non-Athenian beards), the glow of youth on them. The teenage boy who has posters on his bedroom wall of Rambo, Schwarzenegger, Jennifer Lawrence and Angelina Jolie is suddenly offered the opportunity to be one of the handsome fighting lads himself, and to get his hands on the girls, while being guaranteed impeccable righteousness in  doing so. And all without even having to grow up.

It is, I suspect, a surprisingly innocent business for many of the young jihadis from the West. Innocent, I should add, only in the sense that their motives are childlike, even childish: the outcomes of course are often very far from innocent. Writing recently in the Guardian about the latest film instalment of The Hunger Games Suzanne Moore said, “rebellion against conformity is part of being young. An individual against a brutal authoritarian system is basically what school feels like to some. The Hunger Games ramps this up so that the teens are pitted against each other. It isn’t just a popularity contest, it’s a matter of life and death … it is all-out war, revolution and moral complexity.” This seems to me an almost uncannily accurate description of the game that takes adolescents and callow youths to Syria and Iraq: the jihad is a real-life Hunger Games, and to understand the appeal of the one, we need to understand better the appeal of the other.

To illustrate the odd by-pass around explicit religion, Tozy read at length the account written by Abdallah ‘Azzam of his visit to Ahmed Shah Massoud in the Panjshir Valley in the mid-1980s. It is, he pointed out, an almost pre-Islamic tale of hostile landscapes, dangers on the journey faced by the ‘caravan,’ to the tent of a lean, handsome hero whose virtues are bravery, hospitality and generosity. The appeal is romantic, to justice and a concern for the oppressed, certainly – but not in this case primarily to piety. Religion is scarcely mentioned at all. It is hard not to make comparisons with the magnetic attraction of Spain to the idealist young in the 1930s, and Tozy suggested that André Malraux provides a clarifying explanation in his writing about his experiences in Spain and China. Others in his audience suggested Byron and T E Lawrence.

There’s probably also a strong element of homo-eroticism here, though Tozy did not explore it in any detail – the male comradeship of arms, the love of those about to die. I have on my desk an extraordinary book, made up entirely of photographs found in a Kabul photographer’s studio in 2001, illegal portraits of young Taliban about to leave for battle who never got the chance to return and pick up their orders. They are made-up, kohl-eyed, often arm-in-arm, and while it is too easy to draw simple conclusions, these young men seem to be companions-in-arms in more than one sense. “Fierce Pashtun warriors,” as the author Thomas Dworzak, writes, “still wear the chablis, coloured sandals, two sizes too small as the bulging flesh is considered sexy, paint their eyes with kohl or stick flowers in their guns.” A similar link between jihadist violence and sex recurs in Mahi Binebine’s novel about the 2003 Casablanca bombings Les Etoiles de Sidi Moumen: two of the boys preparing for ‘martyrdom’ have sex together on the eve of the attack, to their own surprise, joy and shame, in the strange arc of love, sex and self-destruction.

This romantic simplicity clearly also attracts young women: the jihade de sexe is not primarily a religious phenomenon, as Aisha’s mother saw clearly in remarking on Robin Hood, who smacks more of cartoon social justice. Suzanne Moore again, on The Hunger Games:  “Watching [Jennifer] Lawrence in her fetching armour amid the ruins resembles a lot of news footage and that is why it is so disturbing” … “she earths the dark energy of the intensely violent films.” “A generation brought up with increasingly violent imagery, ‘gets’ it.” There is an intensity about the adolescent experience of the jihad which is not ‘about’ sex but in which hormones plays an important part. What adolescent (well, maybe many of those heading for Raqqa) hasn’t read Hemingway’s For Whom the Bell Tolls? The drawn-out meditations on suicide and impending death, the sex before battle (“But did thee feel the earth move?”) are perhaps closer to the spirit of jihad for young westerners than the austerity of the rbat, or the chastity of the Templar knight. Willing jihadistes de sexe looking for heroic husbands, or sex-slaves torn from the Christian and Yazidi communities of Mesopotamia, are all easy answers to the sexlessness of gawky adolescence, with the say-so of a father-figure who sorts out right and wrong on your behalf.

Because in the words of Jean-Piere Filiu, “Isis has nothing to do with Islam. We insist on seeing this as a religious phenomenon, but it is a political phenomenon. Isis is a sect which attacks other Muslims … It has an apocalyptic narrative, just like the other sects that you can find on the internet. It is the creation of the Facebook generation.” One could go further. It is in part at least the fantasy wish-fulfilment of a generation of dislocated, anomie-fraught, ‘culturally Muslim’ Peter Pans, boiling with adolescent dreams and frustrations, offered a religiously sanctioned career of initiation by blood, a smart-looking gun, a raison d’être and the prospect of sex with fighters and slaves, followed by martyrdom with its own strangely sensual rewards in heaven. Hemingway meets Jennifer Lawrence with a touch of Yukio Mishima, a toxic and dangerous hybrid, but not primarily a religous one. More a quest for meaning in a world without much of that elusive commodity, expressed in the vocabulary of computer-games, adolescent sex, heroic violence, romantic friendship and the pursuit of a deeply felt, but unthought-out, passion for global justice. 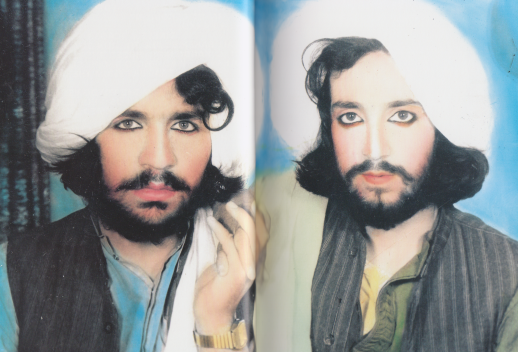 The Rochester by-election last week should prompt grave thoughts about the electoral system, but perhaps because my mind is on jihad, I am preoccupied by the whimsical fantasy that Nigel Farage, with his odd pronunciation of his own name, is in fact a part-time jihadi too, with the nom-de-guerre of Abu Faraj. This would be an interesting choice of moniker: faraj means relief, outcome, perhaps happy ending. Abu Faraj might therefore mean ‘the Father of the Happy Ending.’ But scanning the alternative meanings in Almaany’s dictionary, I fell joyfully upon the last definition of faraj, which is: an opening that allows air, gas, liquid etc. to pass out of a confined space. Quite. But I think that perhaps for now we’d better stick to Happy Endings.