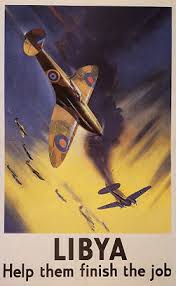 The news today has been full of events at Bassingbourn barracks, where the British army has been training Libyan soldiers. Of the 300 Libyans in England, three have been charged with sexual assault (and two of them have pleaded guilty); two more are in custody charged with raping a man in a Cambridge park; and another five are said to have asked for asylum. The people of Bassingbourn report finding Libyans who have jumped the barracks fence wandering about the village, in one case hiding under cars. The womenfolk of Bassingbourn are reported to be afraid to walk their dogs. Yesterday came the announcement that all 300 Libyans are being sent home early in disgrace. The panic is no doubt a little exaggerated, but the facts are not at all pretty.

A story of cultural incomprehension and lousy discipline – but why the disingenuous surprise? To these young men on their first trip out of Libya, England must have come as a shock in many ways, and the fleshly temptations of Cambridge (I can’t believe I’ve just written that phrase) apparently proved irresistible. One of the Libyan officers who selected the candidates for training, Col Adel Akari, warned beforehand that “I really hope that the British government takes into consideration the fact that some of these men have never seen a woman other than their mothers and sisters.” It seems that no one gave this clear warning enough thought.

A gloriously bizarre moment came with last night’s BBC News, when the Beeb breathlessly interviewed a rather blank-eyed young Libyan ‘from inside the base.’ That the young man gave his name as Omar al-Mukhtar might have roused a little suspicion. Would the BBC broadcast without comment a pugnacious interview, as background to a criminal investigation and a minor political crisis, with a young Scot calling himself Robert the Bruce? Or an Italian claiming to be called Giuseppe Garibaldi? I think not, but that’s by the by.

Young ‘Omar,’ certainly took the biscuit when he said pathetically: “They didn’t tell us about British law, and what’s the difference between right and wrong here.” Well, no. Right and Wrong are generally speaking the business of a man’s upbringing and religion, not the Regimental Sergeant-Major. Saudi Arabia maintains a rather hirsute and humourless moral police force called the Committee for Enjoining Virtue and Forbidding Vice to enforce such things: Libyans too might take a dimmish view of Omar’s relativistic ‘here.’ As for British law, I am curious about the ways in which it might differ substantially from Libyan law on the matter – for instance – of gang-raping a young man in a public park.

Here, by contrast, is the little handbook issued to US servicemen setting out to defend the Iraqi oilfields in 1943, published by the War and Navy Departments in Washington. ‘You will enter the country,’ the authors write,

both as a soldier and as an individual, because on our side a man can be both a soldier and an individual. That is our strength if we are smart enough to use it. It can be our weakness if we aren’t. As a soldier your duties are laid out for you. As an individual, it is what you do on your own that counts – and it may count for a lot more than you think. … success or failure … may well depend on whether the [inhabitants] like [our] soldiers or not. It may not be quite that simple. But then again it could be.

That reflects careful thought about how to prepare young men for culture shock. The book goes on to talk about how Muslim societies regard women, and how foreign soldiers should behave towards them. It didn’t, then or later,  make GIs into saints, but it demonstrates a systematic attempt to appeal to their better natures and to inform them about the particularities of the society that they were about to encounter. Some careful briefing about analogous matters in Cambridgeshire, shaped by an understanding of the sheer scale of culture-shock that these Libyan country boys were going to confront would have gone some way towards fulfilling a duty of care (and in this perhaps the unlikely Omar has the germ of a point).

Bestial behaviour by soldiers is not a Libyan monopoly (try googling ‘rape by British soldier’ and scanning the first couple of pages of the 1,870,000 hits). Soldiers do, quite often, behave badly. As Colonel Akari said sadly, “We expected something like this to happen.” Alas, it did.

And would someone tell the BBC who Omar al-Mukhtar was?