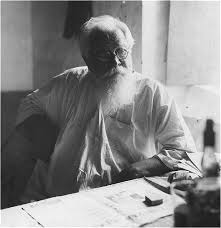 I have always believed in serendipity, particularly when it comes to books. A few years ago I came across a book called The White Monk of Timbuctoo, bought it and put it unread in a shelf. A week ago it caught my eye and I took it down to read: it is a wonderful story, of how a peasant priest from Gland in the Aisne valley with an uncanny gift for languages got himself sent by the Pères Blancs to open a mission in Timbuctoo. How he fell in love with the city and many of its black ladies; how he walked away from the priesthood and married a Peuhl girl (“that mysterious race, sometimes ivory, sometimes black, supposed to have the migratory blood of ancient Egypt in its veins”), fathering a dozen children on her; how he became an intermittent, unreliable and rather resentful French colonial official in splendid uniform, though he was not unacquainted with the bottle and seems to have lived on the roof of his mud-palace with a generous supply of Pernod; how he was the greatest African linguist and ethnographer of his generation, and principal of the first institute of higher education in Timbuctoo since the University of Sankoré – although he never really bothered to publish anything very substantial beyond pamplets and ethnographic notes; and how he became the grand old man of Timbuctoo, a “robust, red-cheeked old man, stocky and powerful, with twinkling blue eyes and a great white beard, the benevolent patriarchal bull disguised as Santa Claus … the city’s one remaining mystery.”

But as though the old priest, Auguste Dupuis, later known as Père Yakouba, were not enough, the writer of the book was almost as surprising in a different vein, as its subject. An American adventurer, as given to drink as he reported Yakouba – perhaps exaggeratedly – to be, but much preoccupied by sado-masochism, alcoholism and black magic; a friend of Aleister Crowley, the discoverer and populariser of Haitian Zombi-ism and a casual cannibal who ate (or claimed to have eaten) human flesh out of curiosity, William  Seabrook was no stay-at-home himself, travelling in Arabia and the old Soudan and many other remote parts. He too is a part of this strange story, though I propose to start with Père Yakouba, and to return to Seabrook later. Yakouba was much the more interesting and appealing man: Seabrook was frankly a shit, though an intriguing one, and it is important to remember that any account of Yakouba is at least in part filtered through Seabrook’s unreliable pen.

Dupuis was the son of a barkeeper who sent him off as a boy, with some relief, to study for the priesthood. He distingui

shed himself at the more conventional languages, Latin, Greek and Hebrew. As a parish priest he had several run-ins with the church authorities, beginning with his throwing an intruder out of an upstairs window (“the French people, high and low, have always loved a fighting priest”), and continuing with his unblushing sexual relations with several women of the parish, to the discomfort of the diocese. Early on he decided that his future lay in mission work (the diocese concurred), and in 1890 he arrived in Algiers as an Augustinian novice in the Order of Our Lady of Africa in Algiers – the famous ‘White Fathers’ – and added Arabic, Bambara and Kabyle to his stock of languages. By this time he had decided that Timbuctoo was his final destination, though the only two groups of White Fathers to have attempted reaching it had been massacred by Tuaregs. He did eventually get there, a member of the first mission to reach the city, in May 1895, across “the forest of Kambara, wavy sand-dunes smudged with thorn-tree thickets, fit for robberies and murders, dotted with the graves of many travellers who had seen but not entered Timbuctoo.”

He and his fellow-priest Père Hacquard settled quickly in, building a wildly successful clinic and pharmacy and later a church. “Yakouba seems to have been filled with a spontaneous, almost childish delight in Timbuctoo from the morning when he awoke in the strange house and walked out into the strange city … He simply seems to have fallen in love with it on sight and to have had a wholly irrational premonition that it was his city, his place.” Irrational perhaps, but correct. He made a couple of resentful visits to France to show it to some of his children (he had a good many by his wife Salama, including “Diara, Youssoufou, Paul, Asher, Marcelle, Adah, Seir, Charles, Bashemath, Henri, Louis, Nabaroth, Gertrude, Bilhah and Issachar”). But he didn’t like it, returned as soon as he could, and spent the rest of his life in Timbuctoo.

Going back a little, to place the horse before the cart, Yakouba left the priesthood sometime before 1905, simply walking out of the mission in civvies and was found that night naked in the lagoon looking for crawfish. As he put it later, “A man always does what 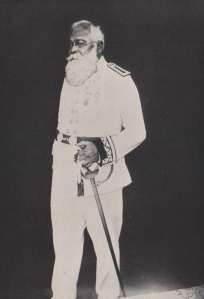 he wants to do. Or at least he always ought to do what he wants to do. If you can’t be true to yourself, you can’t be true to anything. I have wondered sometimes whether the failure to do it isn’t the mysterious sin against the Holy Ghost which damns the soul forever … I quit the Church because I didn’t want to leave Timbuctoo and didn’t want to give up women.” The crisis was brought on because he was threatened with a bishopric, which he absolutely didn’t want – and jealous would-be bishops in Algiers mischievously reported what had been genially concealed by Père Hacquard, that “Yakouba had had to be sent away from Timbuctoo because he had been debauching the native women, sprawling about drunk on jujube-juice and even taking little boys into the lagoon …”.  It was the last straw, and he quietly shed his white cassock, and soon afterwards, married Salama (“she was no Josephine Baker”), a fisherman’s daughter from Kabara. The mission went into decline without him. And the apparently quite innocent fishing-trips with the boys of the town no doubt continued.

He then eked out a comfortable enough living as interpreter to the French garrison, appearing in court in an unusually interventionist role for such an officer, and becoming Adjoint Principale des Affaires Indigènes. He accompanied armed expeditions like one to punish Senussi jihadis for attacking Agadès in 1920; and at about the same time was made Commandant of Goundam and managed to stay there a couple of years in white uniform with epaulettes and much gold embroidery, before he got bored and went home to Timbuctoo. Richard Halliburton describes a visit to Timbuctoo by air in the early 1930s, and a visit to Yakouba:

The moment we sat down in Yakouba’s study, a baby leopard and a monkey crawled into our hostess’s ample lap. But the place was no zoo. All around were shelves covered with pamphlets, books, notes written and about the obscure languages of western Africa – the scholarly library of a hermit-savant. Père Yakouba proved to be an extraordinary source of enlightenment. Every question Stephens and I asked – and they were countless – about the town, the people, their history and culture, Yakouba answered most patiently.

But this wasn’t all. In about 1910 he was instrumental in starting an Arabic madrassa in the city, as much as anything else in protest at the undeserved (as he and his friends at Timbuctoo saw it) intellectual prominence of the university at Jenné, whose Dean he pinched. He supervised the building, appointed the faculty, ruled genially but when necessary with a rode of iron: disciplining a Koran professor for drunkenness he was met with the reproach that he himself drank a great deal. “And that is all the more reason why I can’t afford to have drunkards on my faculty,” he replied. It was funded by the French, headed by Yakouba and became a motor of Timbuctoo’s intellectual renaissance.  “Thus the modern provincial peasant son of a Paris bar-keeper became the turbaned head of a faculty and student body which might have existed at Baghdad or Cairo during the caliphate,” which turned out educated natives in the ancient tradition of classical Arabic and Islamic education, and francophone bureaucrats to serve the French administration.

His was an unusual life, and he became something of a great man, a pillar of Timbuctoo, much visited (to his irritation) by travellers like Halliburton and Seabrook, teaching in half a dozen languages, sleeping about with the complaisance of his long-suffering if occasionally alarming wife, drinking vastly and talking endlessly.

Pernod looms large, though this may be a projection of Seabrook’s own alcoholic preoccupations. Yakouba in fact established a distillery for jujube brandy, but much of its apparently very f 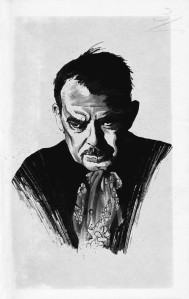 ine output was traded with the French garrison for more traditional liquors, Pernod high on the list. He describes, memorably, a Pernod drunk on a military expedition into the Sahara: “We poured out three new glasses of Pernod and mixed it with water from the well, which tasted only of goat. The tang which it gave the alcohol was startling, but not repugnant. A piece of camel-dung about the size of an olive, floating in Pépoint’s glass, created the impression of a cocktail. Darkness was falling, and by the light of the photophore we mixed some more.”

What more can I say? I have no idea how well I can trust Seabrook, who was steeped in self-regard, self-glorification and heroic exaggeration (at the very least). One of Yakouba’s daughters said of Seabrook after her father’s death that “. . .  he had pestered her father with questions and made him drink too much when he was ill, had misrepresented Yakouba from start to finish and, futhermore, had violated the contract he had drawn up so that the family never had received a penny in royalties after the publication of the book. She made no bones about the fact that she did not think much of Americans. . . .” But the story, which is presented plausibly enough as being a taking-down of Yakouba’s own convivial and disorganized table-talk, appears largely true, if slanted, and Seabrook sums him up appealingly: “I am not trying to paint Yakouba as a saint, or Tolstoi either. He has never been a champion, leader or protector of the exploited and down-trodden black man. He became one of them himself, but he had no Messianic feeling of humbling himself or lifting them up when he did it. He thinks they are quite all right. He thinks that the French government is all right too. My old friend is not noble. He is, on the whole, pragmatic. I wonder sometimes whether he might not have made a better bishop than he thought.”

As for Seabrook himself, his own story is also too good to skate over, and to him I shall return: cannibal, vodooist and sadist, he would have made a lousy bishop.

One thought on “The celebrated ‘marabout-cognac’ of Timbuctoo”